If you’re still doing certificates of insurance (COIs) then you’re losing big money. Most insurance agencies spend a lot of money on COIs without even realizing it. Having an account manager doing COIs can cost you up to $500 a year – and that’s just for one client. Multiply that into dozens of clients and you’re talking thousands, if not more. The goal for any business is to save costs without compromising on quality and production – we’re here to tell you that’s possible.

Born from an insurance agency, we know all too well how costs add up. We spent some time looking at the numbers and really focused on breaking down how much it really costs your agency to do certificates – the results were mind-blowing.

Wages differ from state to state and agency to agency but for our calculations we decided to go with the average rate per hour for a mid-level account manager which amounts to about $25/hour. Go ahead and add an extra $5 for let’s say, taxes and workers comp and you’re paying $30/hour for one account manager. So far so good? Let’s get into the nitty-gritty.

Most insurance agencies have an account manager working on COIs as part of their day-to-day and on average, it usually takes an account manager up to 20 minutes to make a simple certificate since they’re usually multi-tasking with the number of responsibilities they have. For a more complex one, it can take up to 40 minutes – but for the sake of keeping it simple, we’ll stick to the 20-minute mark.

With that information, we can go ahead and calculate how much it really costs to make one COI. If you divide the $30 you pay your account manager by the hour, it gives you the amount you pay them per minute. Simply multiplying the per-minute cost into 20 minutes (the amount of time it takes them to make one COI) you get $10. You pay $10 to make one certificate. Now that number might not seem so bad if you take it at face value, but if you have a client who for example, requires up to 50 COIs on a yearly basis, you’re looking at a value of $500 a year just for one client alone – and who’s to say they won’t need more than 50 COIs? Multiplying that same number into more clients just adds bigger and bigger bucks to your overhead.

Moreover, 20 minutes is a lot of time to make a COI – a task that shouldn’t take more than a couple of minutes. Understandably, an account manager has a ton of things to focus on at once which not only adds to their workload but it surely adds to your overhead when you realize how much time means money when making a certificate.

It doesn’t have to be that way though, luckily we also did the math for a solution – one that we’re willing to share with you free of cost!

Now that we’ve gone over the bad, let’s go over the good. You don’t have to spend that much on COIs. What if we told you that you can have three employees for the same amount of money you pay one account manager? What if all three of those employees focused on COIs alone? Maybe you don’t need three people to focus on COIs alone but you can still have one who can drastically bring down your cost per COI and still produce more than an account manager can in a single day. You probably know where we’re going with this but numbers speak for themselves.

If you divide $30/hour by 3,  that’s about what you pay per hour to have three Edge Ambassadors – remote, talented, and pre-trained employees ready to take your agency to the next level.  Following the same math from earlier, it costs you approximately $3 per Ambassador to make one COI – already a stark difference. A client requiring 50 COIs per year who was once costing you $500 a year now costs you $150 which saves you $350 every year for just one client. Again, take those numbers on a large scale for multiple clients and you’re saving in the thousands.

Who wouldn’t want that? Not to mention you’re saving on a ton of other overhead expenses with an Edge Ambassador such as training costs, as well as employee replacement costs. To briefly give you an idea – if you lose an account manager – it would cost you about $11,000. To replace an Edge Ambassador? It costs you nothing – but we’ll get into that in our next blog!

When we say we help make insurance agencies work smarter, we mean it. Your success is our success – even when it comes to your pocket.

With numbers like that, the results are clear – you’re spending way more than you need to on COI’s every single year. Providing insurance agencies with smart solutions is what we offer through our Edge Ambassadors. Partnering with us means you open up a pandora’s box of resources to help bring your overhead down while boosting productivity to a whole new level. Your account managers can focus on building relationships while your Ambassador takes care of the busy work – it’s a win-win situation.

You can even check out our blog where we talk about how our Ambassadors are able to produce up to 50 COIs a day!

We don’t just tell you what we can do for you, we show you – say goodbye to 20-40 minute long tasks and take your agency to the next level with Edge. 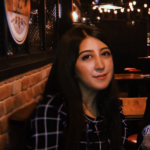 How Insurance Agencies Can Improve Their Services Amidst the Pandemic

How Can Insurance Agencies Work More Efficiently Than Ever!

How To Avoid “The Great Resignation” At Your Agency


🙌 How Edge helped make missed calls a thing of the past for an Agency: Click Here